Speed in the Fire Service 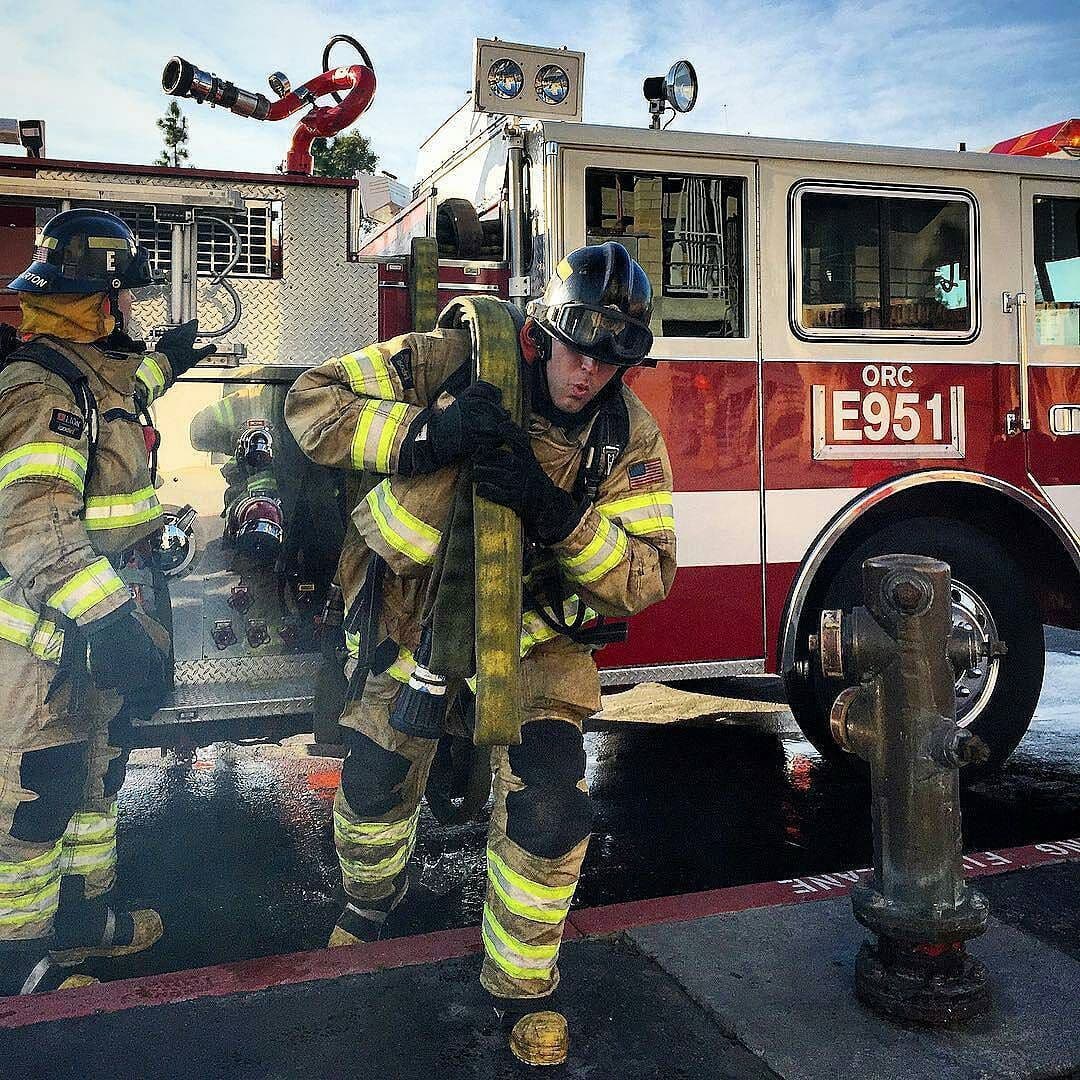 One of the primary ways we gain an advantage on the fireground is through speed. Every aspect of our response should be built around maximizing efficiency. We pre-connect handlines, mark the balance points on ladders, and pre-choke saws all with the goal of taking seconds back from the unrestrained fire and giving them to a potential victim. Marine Corps Doctrinal Publication (MCDP) 1-3 lists five ways to be faster in combat that should also be applied to the fireground.

In 2018, I had the privilege of attending the United States Marine Corps Staff NCO Advanced Course at Quantico, VA thanks to selection through the Enlisted Development Education Board. During my two months studying Marine Corps doctrine with nearly 60 gunnery sergeants, I began to recognize clear parallels between winning in combat and winning on the fireground. Let me go on record for saying firefighting is, by no means, warfighting. However, there are distinct comparisons that can be drawn and lessons that should be learned. Similar to Marines engaged in maneuver warfare, we frequently operate as a team in inherently dangerous environments with significant unknowns and we should exploit every advantage possible to achieve decisive victory. One of the primary ways we seek to gain an advantage on the fire is through speed. From poles in firehouses, to staging fire gear on the rig, to responding with lights and sirens, nearly every aspect of our response is built around maximizing efficiency. We pre-connect handlines, mark the balance points on ladders, and pre-choke saws all with the goal of taking seconds back from unrestrained fire and giving them to a potential victim. These seconds may buy that victim another birthday, another anniversary, or a second chance at life. Marine Corps Doctrinal Publication (MCDP) 1-3: Tactics lists five ways to be faster in combat.

We are going to look at each principle and assess its implications for achieving a decisive victory on the fireground.

Simplicity – The first Marine Corps principle for speed is to keep everything simple. Complexity slows things down. A 13-letter mnemonic phrase used for analyzing an area of operations is going to be cumbersome and ineffective on the fireground and on the battleground. It is crucial for leaders to have a clear and concise plan A, plan B, and the ability to call an audible. Simple systems promote flexibility and flexibility promotes adaptability. Anticipating and reacting to changing conditions is dependent on our ability to recognize the simple in the seemingly complicated. Our equipment, standard operating procedures, and training should revolve around this principle.

Decentralization – Speed is also increased through decentralization. Decentralization empowers subordinates to make decisions. This is contrasted by centralized decision making which requires decisions to be routed through a single decision-maker. MCDP 1-3 describes two parts to providing control of effort with decentralized execution. The first is the utilization of “mission tactics,” or the act of giving a subordinate an assignment without specifying how it must be accomplished. This type of empowerment enables everyone to act quickly as the situation changes without having to pass information up the chain of command and wait for orders to come back down. The second piece to decentralized command is ensuring subordinates understand the commander’s intent. On the fireground, this entails all members recognizing the incident commander’s strategy for extinguishing the fire and having the authority to execute the required tactics at their respective levels. By understanding where each crew’s assignment fits into the IC’s strategy, firefighters can appropriately adjust to changing circumstances on their own without loss of tempo. Subordinates should be encouraged to apply themselves into a given situation and exercise mission tactics based on the commander’s intent. It is the responsibility of fire officers to communicate their intent and create a culture where mistakes made while in honest pursuit of that intent are accepted and encouraged. Conversely, a failure to act should have harsh consequences at every level. As always, the commander can delegate authority, but not responsibility. Good leaders take full ownership of any mistake made in their area of responsibility.

Experience – The third point in MCDP 1-3 is experience breeds speed. The old adage that repetition is the mother of all skills is a constant truth in firefighting and warfighting. While a firefighter must be a jack of all trades, it is imperative for him or her to maximize efficiency by mastering the fundamentals. Though there is no substitute for real-world firefighting experience, realistic training and historical study can help instill technical competence and confidence – which results in intelligent aggression. There are fundamental differences between aggression and recklessness. Aggression is controlled and intentional. Recklessness is hurried and thoughtless. The Marine Corps calls aggression “boldness and ruthlessness.” MCDP 1-3 states boldness and ruthlessness must be complemented by strong leadership and sound judgment. Leaders must remember that there are no fixed rules on the fireground and no precise checklists, but there are bounds. That is why successful leaders study the known variables we’ll face and covet the experience required to improve tactical proficiency within each of those variables.

Another way experience increases speed is through implicit communication. This type of communication is a mutual understanding between the sender and receiver that requires little or no talking. For instance, an experienced firefighter may be able to communicate implicitly to his or her officer the intention to vent-enter-search a window simply by pointing to said window. This type of communication is only established through shared experience, training, and the reinforcement of mutual trust over time. There is no shortcut for this. Bypassing the need for an explicit order to be given saves time. The MCDP stresses the importance of keeping people together and stable in their assignments if at all possible. The speed and efficiency of a crew depend not only on the technical proficiency of its individual members but also in large part upon their cohesiveness. When firefighters don’t interact around the firehouse or in training their performance on the fireground suffers.

Placing the commander at the point of friction – The fourth principle to maximize efficiency is positioning the commander at the point of friction. Friction is the force that makes simple tasks difficult and difficult tasks seemingly impossible. For the incident commander, this location is often the front yard. From this position, the commander can be highly visible while he or she surveys the scene, maintains accountability of incoming units, and evaluates the fire building. For the company level officer, the place of friction may be the position of an oriented man conducting a search or the backup man position on a handline – assessing fire conditions while coordinating the stretch. The intuitive ability of an experienced leader to quickly develop a clear picture of what is happening and what needs to be done is called military judgment or coup d’oeil (pronounced koo dwee), a French term meaning “stroke of the eye.” It is imperative to recognize that the point of friction is not always on the front lines. Often, maximizing efficiency requires the leader to be hands-off in order to maintain a clear picture of the operation.

Physical and mental fitness – The final principle to increase speed is physical and mental fitness. We must be able to sustain a high capacity for work overtime. Firefighters and warfighters have committed to maintaining a level of ability that seems superhero-esque to most civilians. Training should prepare firefighters for the physical and mental stressors of the firegound. MCDP 1-3 states the point is not to train individuals on how to be miserable, but rather on how to be effective when miserable. In nearly every other industry, physical and emotional constraints can be built around the worker. In firefighting and warfighting, we must be able to adapt to the constraints dictated by the situation at hand. All of the leadership, experience, and training in the world cannot make up for a lack of physical fitness and mental fortitude.

When a firefighter raises their right hand and takes an oath to “protect and serve” they commit to far more than merely responding to fires and putting them out. Likewise, a service member’s oath of enlistment obligates him or her to doing far more than just showing up to the fight. We must maintain a constant state of readiness and obsess over opportunities to gain the advantage and attain decisive victory. Speed is one of the primary ways we can gain that advantage. To enhance speed we must simplify everything that can be simplified. Doing so promotes flexibility and adaptability. Firefighters and warfighters must understand the commander’s intent and empower subordinates in order achieve decentralized decision making. Experience must be gleaned from real-world operations, realistic training, and historical study. Crews should be kept together and should train together every shift, in order to be able to anticipate and predict each other’s actions through implicit communication. The commander must be available at the point of friction and exercise military judgement in order to develop a clear picture of the situation. Finally, firefighters and warfighters must prepare physically and mentally for the stressors they will encounter. It is these five principles that facilitate the use of speed as a weapon. To sustain speed on the fireground, firefighters must control the factors they can control and prepare for the factors they cannot control. It is through this application of speed that we can take seconds from the effects of uncontrolled fire and give them back to the people we’ve sworn to protect. 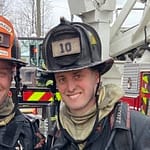 Senior Master Sergeant Chris Bauchle is the Reserve Deputy Chief with the 434th Fire Flight at Grissom Air Reserve Base in Indiana. He is an instructor with DoD Firefighter Rescue & Survival course and is a graduate of the Indiana and Georgia Smoke Diver programs. As a civilian, he serves as a private with the Indianapolis Fire Department on Engine 10. He serves as a host for The FireDawg Podcast and content contributor for FireDawg.us. 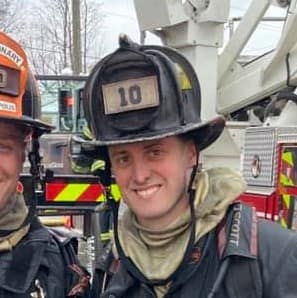 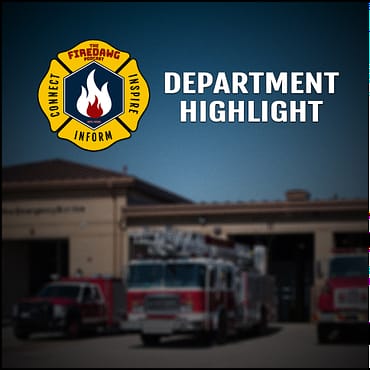 In the first episode in this new series, Matt joins TSgt Tim Carroll and TSgt Kurt Matthews to highlight Peterson AFB Fire Department. They discuss details about the Department, talk […]