Don’t Be a Toxic Follower How often do we hear about toxic leadership?  It is easy to point to a leader and say, “they are the reason this place is terrible” and fair enough.  After all, the leader is responsible for all things within their control.  How often, though, do you hear about toxic followership? How often do you assess yourself and your contributions to the organizational culture?  After all, you are the culture! What you say and what you do defines the culture.  Is the leader making poor decisions? Ok, what are you going to do about it? It’s easy to complain and blame but is that going to make things better? Believe me, I understand the value and have participated in my fair share of venting; it’s therapeutic and necessary most of the time.  However, it’s important that we don’t let that consume us.  Venting should be the first step in the problem-solving algorithm – not the only step.  Once you’ve pulled your relief valve, it’s time to take ownership and figure out what you can do to make things better at your level.

I once heard former Navy Seal Jocko Wilink say, “if you interact with humans, you are a leader!”  That quote sticks with me.  No matter where you are in the hierarchy, you have the ability to lead!  If you’re new, start with showing up early, preparing all of your gear well before your shift, being the first to begin working on a task, and the last to leave.  You don’t have to say anything to be a leader, you can lead through your actions.  Think about those individuals you work with who have strong work ethics.  How many people come to their aid or mirror their behaviors?  In my experience, it happens a lot. If the hard-working guy is loading the hose, the team will come to his aid.  He didn’t say a word, yet, he is leading his team.

How to Avoid Being a Toxic Follower

Don’t let negativity consume you.  Believe me, I am not the poster child or best person to be giving any advice on how to avoid negativity.  Anybody who knows me knows that I have a tendency to be negative.  And if you’re like me and have high expectations for performance, you have likely been negative yourself.  Additionally,  negativity is a natural human tendency.  We’re hard-wired to see the bad so that we can avoid it.  It’s a primitive survival instinct.  The trick is not allowing that negativity to consume you.  As mentioned earlier, venting is the first step within a list of steps to making things better.  Vent, gripe, complain, and then move toward productivity.  The longer you’re negative, the more time you’re taking away from being productive and the more people will want to avoid interacting with you.  In his book, Fortitude, Dan Crenshaw mentions “sweating the small stuff.”  Yes, you read that right, “sweat the small stuff” not “don’t sweat the small stuff.”  He goes on to explain that sweating the small stuff helps to avoid blowing up when confronted with the big stuff.  It’s a periodic release of pressure.  He also mentions that it’s important to make sure you’re light-hearted when sweating the small stuff.  If people don’t laugh, you may want to reevaluate your delivery.  It’s a good tactic to communicate to the team that “yea, I don’t like it either but no big deal, let’s press forward.”

Be wary too of those who invite the negativity.  If you’re in the military, you’ve heard of the E-4 mafia or the terminal lance.  If you’re not in the military, you know exactly who the negative people are in your organization.  These groups and individuals invite and are consumed with negativity.  They make excuses, blame others, and often talk about how terrible things are.  They want you to be negative along with them because it confirms their bias that everyone else is the problem.  These people are not good for the organization and not good for you.  Avoid their toxicity and work to help them come back from the dark side.  They likely have the capacity to be good contributors if they can be pulled from their rut.

Bottom line, recognize and work to avoid allowing your negativity to consume you.  It is better for you, your team, and everybody else around you.

Take ownership.  If you’ve read Extreme Ownership by Jocko Wilink, stop here and move to the next point.  You probably get it.  Take ownership of EVERYTHING.  It’s that simple.  You, in some way, contribute to everything going on around you.  The other shift didn’t clean the bathroom before going home.  If you’re a firefighter, you can talk to your counterpart.

“Hey, did you guys have a busy morning before leaving?”

“The bathroom wasn’t cleaned and it is not like your shift to not clean it so I assumed you must’ve been busy.”

“Ah, good catch, sorry about that. We’ll work to do a better job.”

“No problem,” you say. “We miss things too and we have your back.”

If there is a problem in your organization, think about what you can do to make it better.  It can be as simple as coming to work with a good attitude.  That is always within your control.  Your good attitude is contagious and begets other good attitudes, just as negativity begets negativity.  Beyond having a good attitude, offer to do tasks that you may not normally do to open up time for your boss or leader to focus on the hypothetical problem mentioned earlier.  It’s really as simple as that.  What can I do to help our team overcome our problems or accomplish our mission?  Take ownership in everything.

Consider other perspectives.  How many people know what you’re going through right now in your life? Your problems, your family dynamic, the air conditioning unit that you need to replace next month.  Now multiply that by every person you know.  The point is, everyone has something going on in their life or has pressures from their boss that you don’t know about.  Not happy with a decision the Chief pushed down on the shift? Consider the problem from their perspective.  Put yourself in the Chief’s shoes.  I’m not saying you need to force yourself to agree with the decision but work to understand it.  The Chief did not get in that position by accident.  They likely have many years of experience and knowledge that you haven’t had the opportunity to acquire.  Carefully consider other perspectives before criticizing.  In most cases, there is likely a lot of context that your missing.

The same advice applies to the Chief.  Do the majority of your firefighters not agree with a decision you made or the policy you created? Take the time to understand why.  Listen to them.  You’ve been around for a long time and although you probably know more about the fire service than half of them combined, you may be blind to some things.  With each new generation comes a different way to approach problems.  There may be merit in what they’re saying.  At the very least, by letting them talk, you communicate you will hear them out.  That alone will garner a tremendous amount of respect and make the implementation of policy that much easier.  In time, they simply trust that the Chief knows what he is doing because you’ve afforded them the opportunity to contribute their opinion.  Consider their perspectives as they have something valuable to contribute and it will encourage them to take ownership in organizational responsibilities.

Realize it’s not about you. This is a point that I have to remind myself every day.  It’s something I picked up from Jocko Wilink.  I met him at an event he hosted in Washington D.C. in early 2020.  He was essentially “on tour” promoting his new book Leadership Strategy and Tactics: Field Manual.  I waited in line for about 3 hours to get him to sign my newly acquired book (as you can probably tell, I’m a huge fan of the guy).  On the first page of the book he wrote, “Matt- It’s on you. Jocko.”  I realize that he wrote this on hundreds of books that night and thousands since but it still resonates with me.  It’s on you but it’s not about you.  As was mentioned earlier, what can you do to help the people, processes, and things around you?  What, within your control, can you do to make things better?  It is your obligation to do so for your department.  I’ll take it one step further, it’s your human obligation to make everything around you better.  You don’t do it for yourself, necessarily, you do it for your neighbor.  Reciprocity is an integral part of the human experience.  You help the people around you so that the human race can survive.

Now, I’ll let you in on a little secret.  When you do things for the people around you, when you don’t make it about yourself, you will succeed!  I know it sounds counterintuitive but it works.  Work to make everybody around you succeed; your peers, subordinates, and your leaders.  In doing so, you will succeed and your team will succeed. It’s on you but it’s not about you.

I see toxic followers as often if not more often than I see toxic leaders.  It is important to address both but we also need to recognize that toxic followers exist.  We like to point to leaders when things are wrong but we need to recognize that followers may be creating or exacerbating problems.  If you’re a follower, evaluate how you contribute.  Do you consistently look for the bad in every decision? Do you take ownership of everything within your control or do you blame others? Do you consider the perspective of your leader? Do you subordinate your ego and not make everything about you?  If you avoid being a toxic follower, things will be better for you and everyone around you. 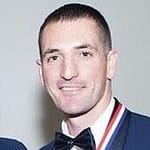 Matt is a Master Sergeant in the US Air Force, currently stationed at Joint-Base Langely-Eustis. He serves as an Assistant Chief, with more than 14 years on the job. 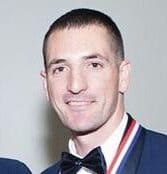 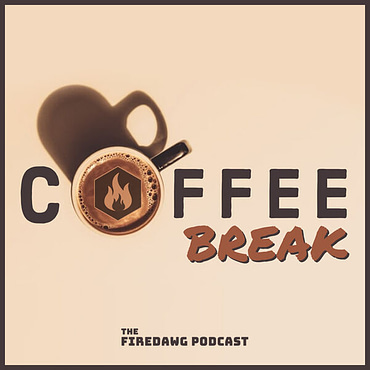 In this episode, Matt connects with Deputy Chief and retired Marine Master Gunnery Sergeant John Vanatta. Chief Vanatta offers advice for those interested in transitioning from the military to civilian […]

Toxicity … Would You Follow You? – Real Talk With Caleb

This is a great article, well done!! I would like to give you a shoutout and link it in one of my articles.

3
0
Would love your thoughts, join the conversationx